Book review: Look Into My Eyes

It’s not often we do this here at JD Editorial, but a book we proofread last month was just worthy of being written about. Here are our thoughts on Look Into My Eyes, Dan Jones’ insightful, thought-provoking and honest look into life through the lens of Asperger’s.

First, here is the synopsis of the book as found on Amazon:

Look Into My Eyes is an autobiography of one man’s life through the lens of Asperger’s syndrome – a high-functioning form of autism spectrum disorder. As a small child Dan knew he was different to other children, they would want to play football and interact with each other, he would want to crawl around searching for snails keeping himself to himself. Dan found his own coping strategies to manage his anxieties, discovering meditation as an eight year old, and hypnosis as a teenager.

Look Into My Eyes is, indeed, written in an autobiographical style, but with anecdotes and stories told with a slight sense of distance – it gave me the clear impression that, although Dan is the same person inside, he knows himself a whole lot better now, and understands the nature of the syndrome he suffers with.

This allows for a really entertaining yet earnest sense of self-deprecation; the stories are told, and Dan can appreciate the funny side of them, while he at the same time offers some really useful insights into how he would have liked to have been dealt with in certain situations. In that sense, it would be a very interesting read for parents of children with an ASD diagnosis, potentially not only offering coping mechanisms, but in fact explaining and articulating feelings and thoughts which such children may not have the ability to articulate at that age.

That being said, it isn’t just a manual for parents in this way; it is a very interesting read for anyone interested in how the brain works. Personally, I’ve always felt I have some tendencies of ASD (probably ideally suited to my role as a proofreader!!), and this book captured my curiosity and led me to find a self-assessment online to see roughly where, if at all, I would come in on the autism spectrum. The bizarre thing about it is, though, while I could relate so very strongly to some of Dan’s anecdotes and expressions, others didn’t resonate at all. That is the very nature of ASD, I have learned, and what makes it so fascinating.

All in all, it is a deep and insightful look into life through the lens of Asperger’s. Dan picks out moments and looks back on them with the added context of an ASD diagnosis later in life; it gives a very honest and rarely-seen view into such disorders. Highly recommended, particularly for parents of children who may be on the autism spectrum to one degree or another.

We're not around right now. But you can send us an email and we'll get back to you, asap. 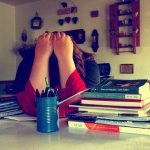 Get our student proofreading tips and golden rules!Headline, News 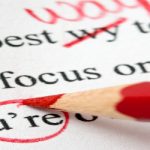