A day in the life: Jack Deverson

In the first of a new monthly series, we’re doing a bit of a “Meet the Team” effort here at JD Editorial, starting with the Managing Director and general jack of all trades, Jack Deverson.

Where are you from?

Generically, the north-east of England. I’ve moved between Sunderland, Newcastle, (China) and the powerhouse that is Durham…

What do you do?

I’m Managing Director here at JD Editorial. I’ve always been a bit of a jack of all trades (no pun intended), but here, I manage all of the daily running of the business (INJ Associates Ltd also has another company, evidencebased.education, which takes a fair bit of time to manage!), conduct some training, as well as still doing a lot of proofreading and translation work.

How did you get into this job?

I fell into it by accident! Basically, I came to a crossroads at the same time as Stuart did, and we thought that it might be a good idea to set up a business!

What motivates you when things get tough?

There are good days and bad days… Basically, when I’m on a good day, I’m unstoppable; and when it’s a bit of a bad day, I generally keep myself in solitary confinement and work until I feel better about stuff. I love distance running, so that’s a big one when I’m struggling, and I tend to think of the approach to life adopted by my late friend Brent, whom I met in China and who sadly passed away last December. Having him as a neighbour for a year changed me massively, and I still regret not making it out to San Diego to visit him.

How would your colleagues describe you?

Probably as a massive pain in the backside, when I’m nagging them about deadlines!! No, I’d like to think they see me as a bit of an inspiration – someone who gets up every morning and has a serious work ethic and some degree of creativity and inspiration.

When you’re not working, how do you switch off?

As mentioned before, I love distance running, and I’m currently in the process of building my distance up again after a few quiet months. Otherwise, I play the guitar and sing, and enjoy a bit of slacklining from time to time. Basically, sport – either playing or watching – or music.

What’s been the highlight of your time so far?

Probably would have to be winning a province-wide Chinese speaking and talent competition – against some native speakers… – while I was away in Hainan. That was also the first time I’d ever stood up on a stage and performed. I got the bug.

If you could change one thing in your career, what would it be?

Hmmm. This is a tricky one, as it’s not been a long career so far. Everything I’ve done has been the right decision at the time, and I’ve learned a huge amount on each step of the way. I hate cliches.

Up with the larks, or burning the midnight oil?

Activity, any day of the week. Give me climbing over a sun lounger!

City – I thought I was more of a country lad, but I’m not. I need to be within reach of countryside though!

Board game or movie?

Board game. I can’t sit still for long enough. There’s a time and place for a good movie though.

What song would be the soundtrack to your life?

And finally, tell us one interesting fact about yourself.

I’ve got a few things up my sleeve. I’ve kind of said yes to everything and ended up doing all sorts of bizarre stuff as a result. Probably that I’ve presented the English-language news on Chinese provincial TV!!

about me, china, day in the life, proofreading, quiz

We're not around right now. But you can send us an email and we'll get back to you, asap. 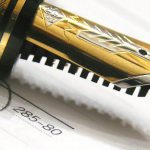 Our Golden Rules of proofreadingHeadline, Opinion 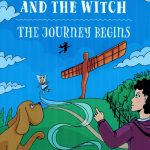